Descriptions of projects by current and former CART fellows

CART projects usually involve 10 weeks of in-person archival processing on a specific collection, then a subsequent collaborative curation of a physical exhibit based on that collection.

In 2020-2021, students completed projects that were able to be worked on remotely. These projects often included more creative and personal pursuits using collection materials, and fellows created digital exhibits presenting their work.

Read more below about current and past CART projects.

Looking for next year's projects and how to apply?

Visit the Apply to Be a Fellow page.

Fellows Sienna Ballou and Joseph Finkel are processing the papers of California-based artists Miriam C. and Ray C. Rice. Miriam Rice was well known for her work in mushroom dyeing and her husband, Ray Rice, was a mosaicist, painter, poet, and animator of short experimental films.

In the 1950s and 1960s, Ray Rice had a key role in developing the "Art and Architecture" movement, which integrated sculpture, mosaic and painting with architecture. Ray’s artistic work in this collection include his writings, drawings and sketchbooks, photographs and slides, and films. Also included are correspondence files between Ray and Miriam, and records from Ray’s time in the US Army during World War II.

The fellows are surveying, arranging, organizing, and describing the materials that the Rices created ranging from the 1940s to the 2000s, and will collaboratively curate and exhibit to open in June 2022.

Fellows Jacob Stone and Anny Mogollón are processing 45 boxes of the papers of the Yamashita family, donated by Karen Tei Yamashita. Yamashita is an author and Professor of Literature at UC Santa Cruz since 1997.

The Yamashita family was based in Oakland, California -- Kishiro and Tomi, who immigrated from Japan around the turn of the 20th century, along with their seven children born in the US: Kimi, Susumu, Chizuru, Hiroshi John, Iyo, Kiye Kay, and Isao Thomas. The family experienced forced removal and incarceration at the Tanforan and Topaz detention camps during World War II after the issue of Executive Order 9066. After the war, some family members returned to the Bay Area, while others dispersed to Chicago and elsewhere around the country.

This family archive contains the papers of Karen Tei Yamashita’s father, Hiroshi John, and of his 6 siblings, their parents, and their extended family and friends. The collection contains family correspondence, photographs, albums and scrapbooks, artwork, oral history materials, film reels, and manuscripts, which all span from the 1910s through the early 2000s. 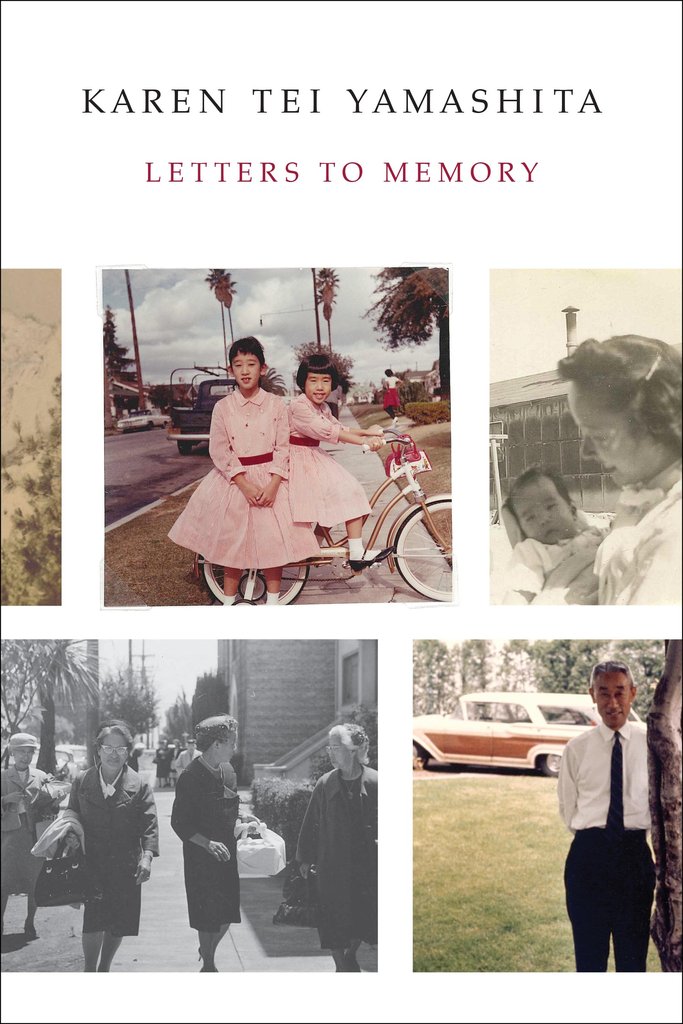 Materials from this collection were used extensively in Karen Tei Yamashita’s recent book, Letters to Memory.

The fellows are surveying, arranging, organizing, and describing the materials in the Yamashita family archive, and will collaboratively curate an exhibit to open in June 2022.