The 2021-2022 cohort of Undergraduate Digital Research Fellows is made of six students drawn from a wide variety of UCSC programs. 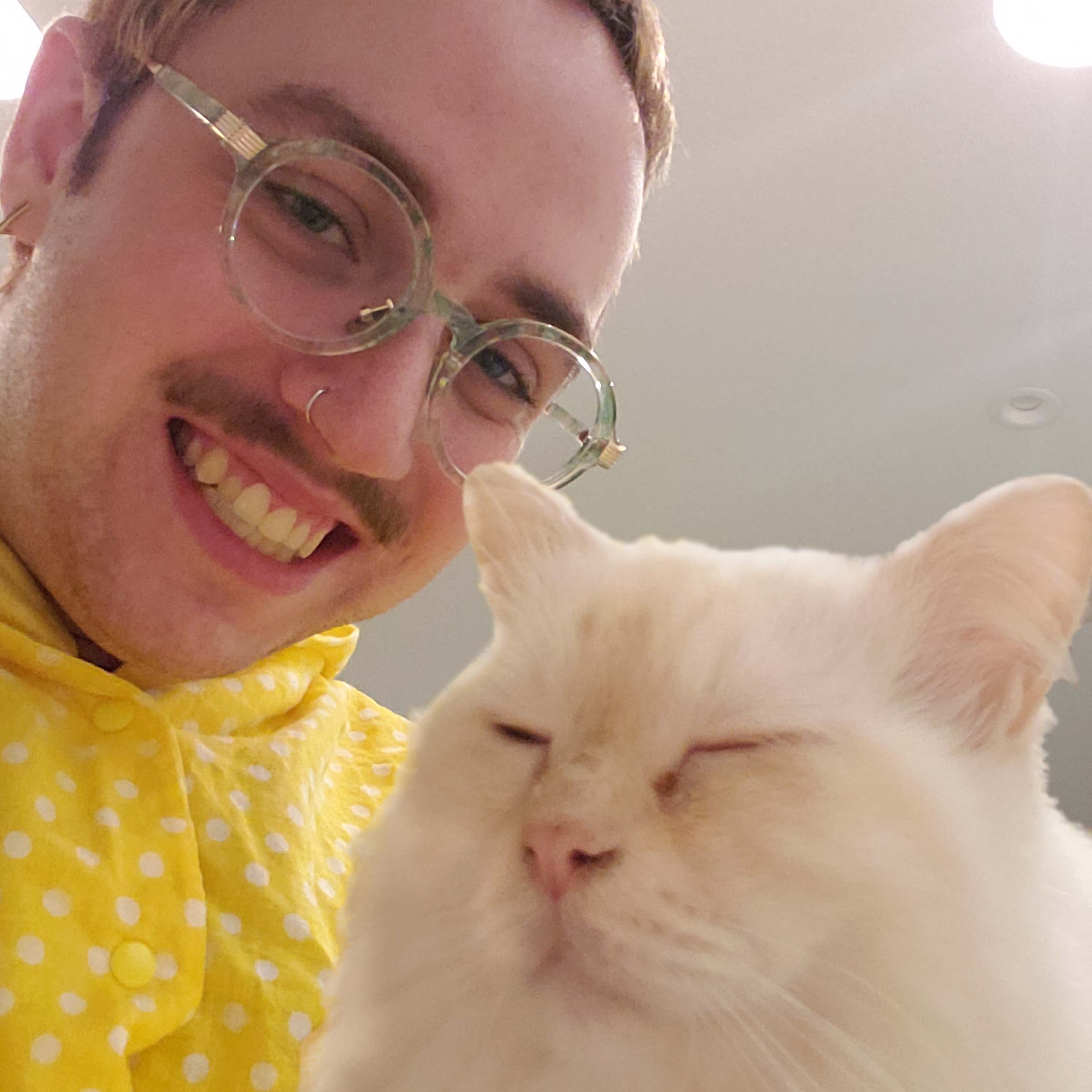 Ardent is a non binary, Jewish game designer, writer, and zinester from Orange County. They like turn based role playing games, bright colors, and their beautiful baby boy Puck. They are in the AGPM class of '22. You can find their work at trophyhusban.itch.io.

Judge my Vow is a fiction webzine. It's about a world where everything relates to pangrams, sentences with every letter of the alphabet in them, such as "Sphinx of black quartz, judge my vow," and "A wizard's job is to quickly vex chumps in fog." Xanax, Eve, Arrows, and JSON go on a journey to meet the Sphinx of black quartz, who lives in a quartz castle on the moon. 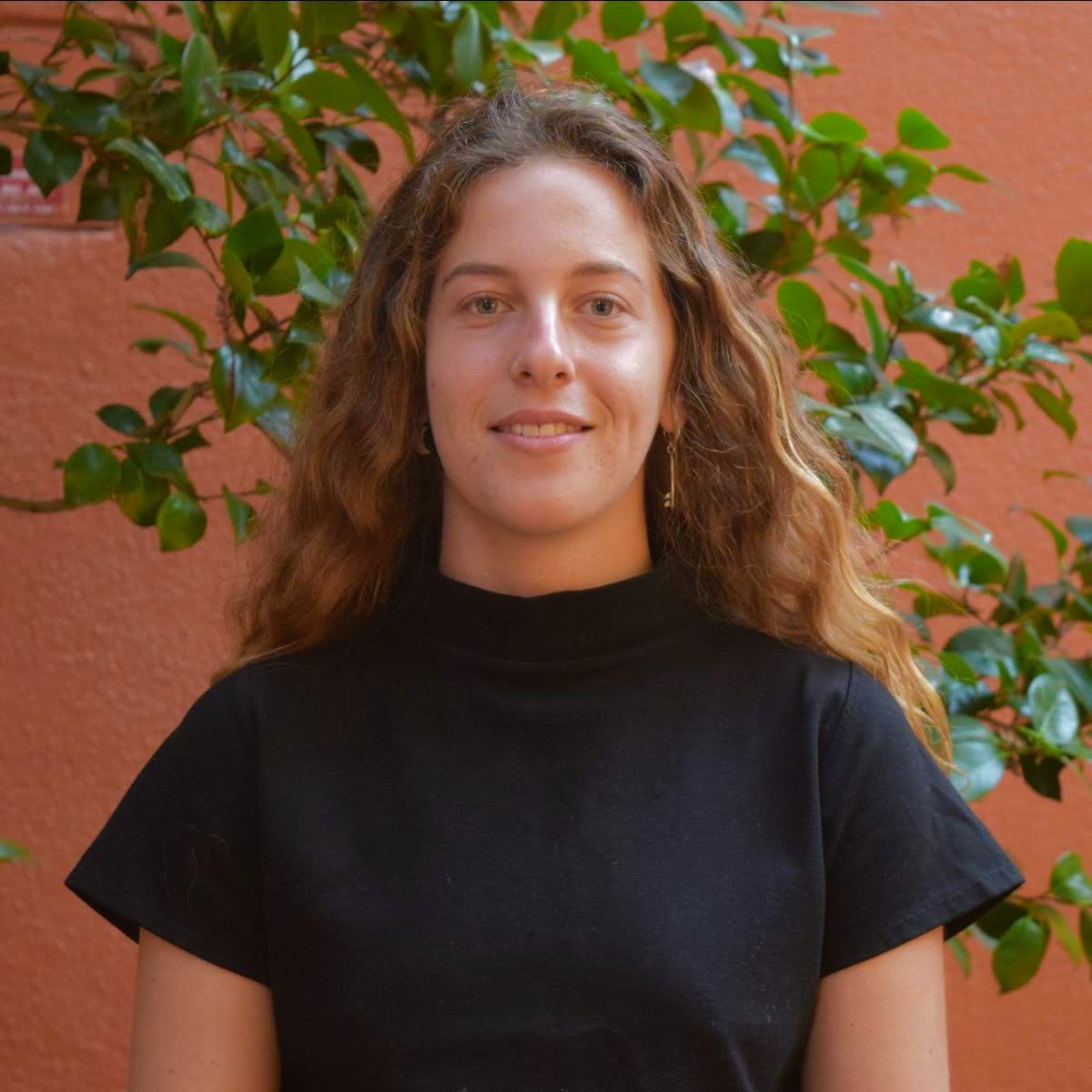 Hello there! I’m Nona, a fourth year Anthropology student currently exploring multiple niches in the the broad intersections of digital tech and culture. I was raised in the San Diego suburbs and the Negev Desert, and came to UCSC in 2018. I am passionate about music/sound and reinventing Israel/Palestine. In this final year of undergrad, I am writing my senior thesis with professors Anna Tsing and Andrew Mathews on a wetland political ecology in Israel/Palestine, and am working the Everett Program on applying digital tech and social justice to community projects in Bhutan and Costa Rica.

My DS project is a soundscape from Israel/Palestine through 3 events that I audio recorded on my phone. It has become a memory/impressionist time line of my experience in an Arab Muslim town, throughout the impeachment protests of former-Prime Minister Benjamin Netanyahu, and the Eid flare and air raids between the Israeli military and Ghazan Hamas. 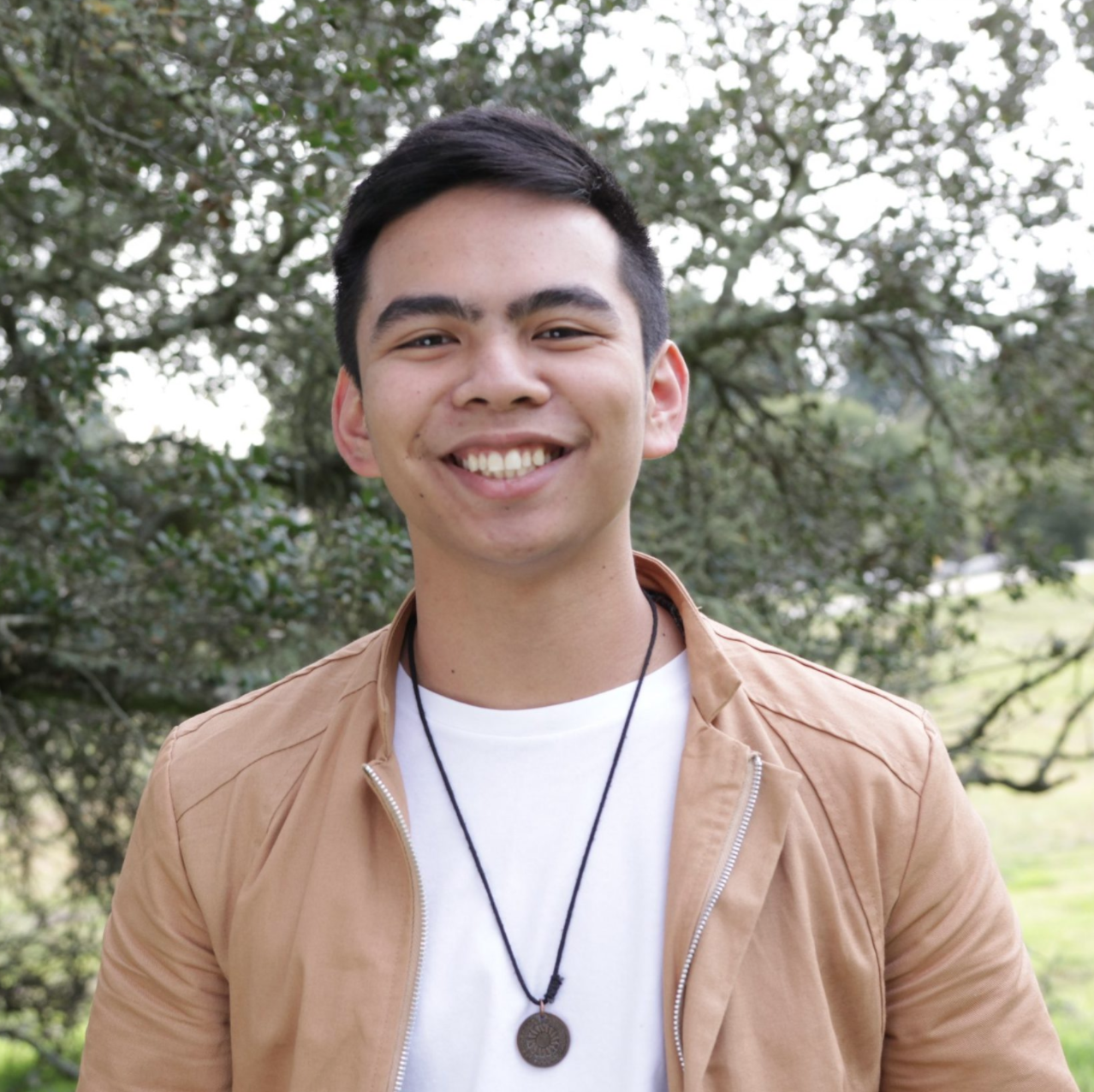 I am a fourth year Film/Digital Media and Psychology double major with a minor in Economics. I currently work as both a student assistant for the DSI and as an equipment manager for Student Media at UCSC. My goal is to work in the film industry as an editor and then eventually as a director and producer. I aim to make films that open up new dialogues for topics and areas that aren’t covered in mainstream media. If that sounds vague and general, that’s because it is! I am still trying to find myself as a filmmaker and I try to educate myself in as many areas as possible so that when I make my films, they can be as informed and authentic as possible.

My project is the production and documentation of my Senior Thesis Film titled “POP”. The film explores the experience of frustrations and the build up of negative emotions withing the context of a heterosexual couple in an abusive relationship as they plan for a surprise birthday party. The goal of this project is to create a large scale student film with non-traditional methods in the production process. I wish to document the process of making a student film. This project aims to be large in scale while also abiding by the extreme creative constraints of being a student and having to deal with the COVID-19 pandemic. Because of these creative constraints, I aim to reevaluate my process as I produce this film and implement new strategies in order to produce the best product possible. I believe this project will help shift the way of thinking in how we approach creative endeavors and how we can adapt our art and processes when faced with such obstacles. 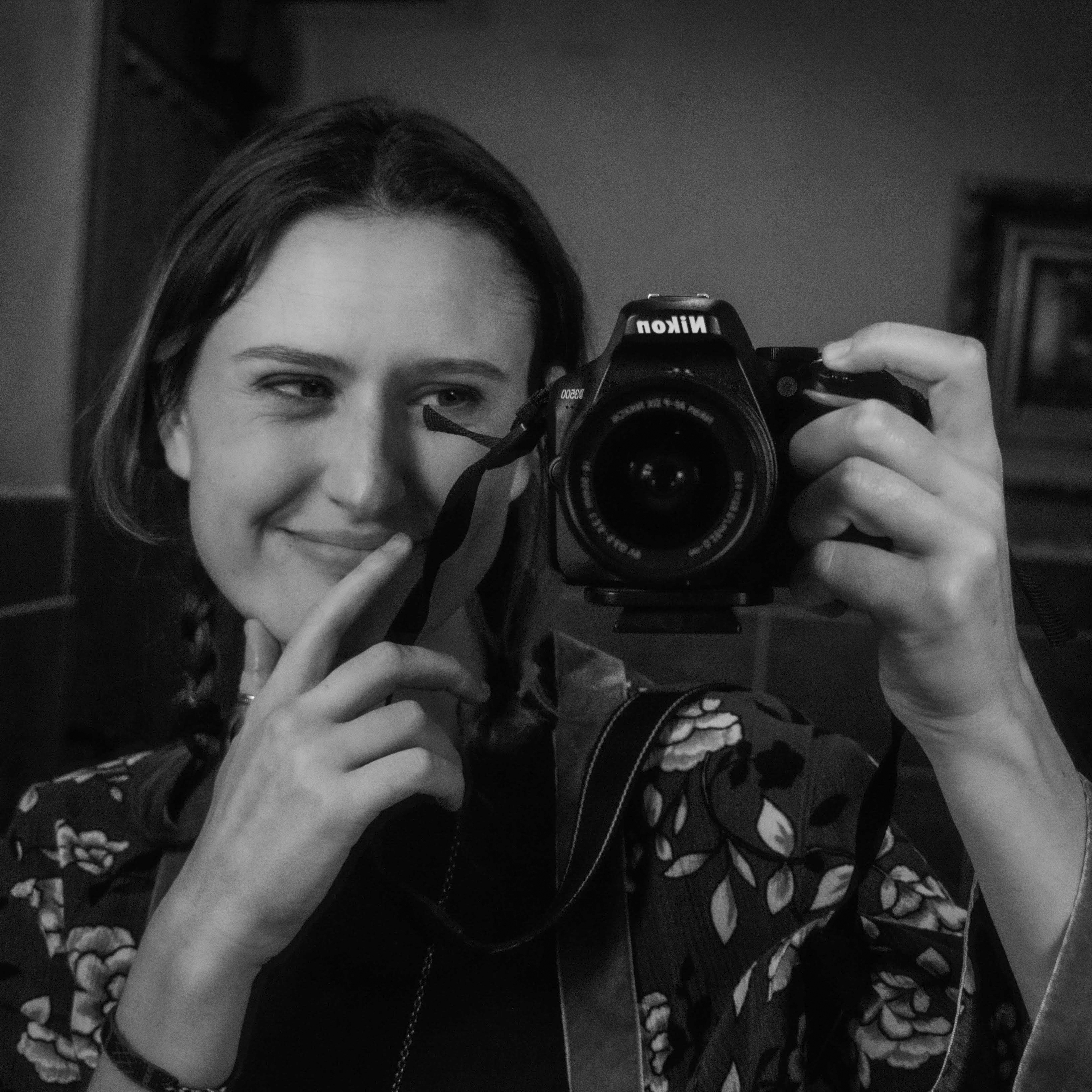 I am a photographer and animator from San Diego, California. My work primarily surrounds the experience of personal memory, and how our relationship with our past selves is maintained. I am interested in installation and experimental forms of both photography and film, creating new ways for viewers to experience digital media that utilize modern technology.

This film, :), utilizes artificial intelligence and sampling methods to create an experimental, collage-style animation. It tells the story of a young girl tasked with taking care of a diseased tree, trying to maintain its health against the will of nature. It is an autobiographical piece based on the passing of my grandfather from cancer. 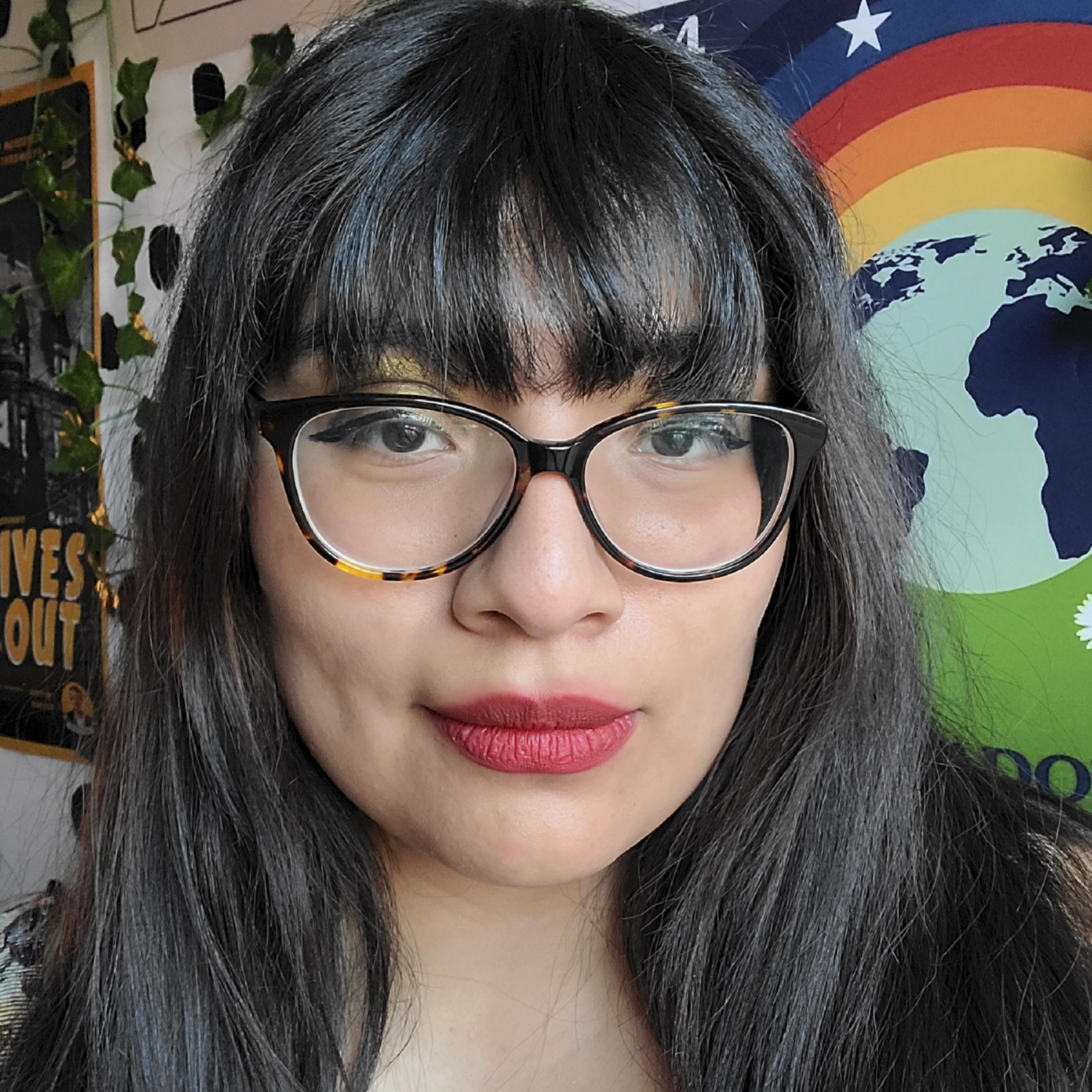 I am a 4th-year student double-majoring in Literature and Spanish Studies. My main areas of interest center around the development of the fashion industry and the use of clothing as a method of self-expression.

My project titled “The Evolution of Fast Fashion in the Age of Social Media” will focus on analyzing how the development of the global supply chain, the shifting norms of intellectual property in the design world, and the prevalence of social media in society has resulted in the establishment of a hyper-developed fashion system. My goal for this project is to fuse past and modern methods of understanding fashion by placing the compilation of images and data deriving from social media websites within the critical framework of prior existing theories related to consumer demand and the semiotics of dress. 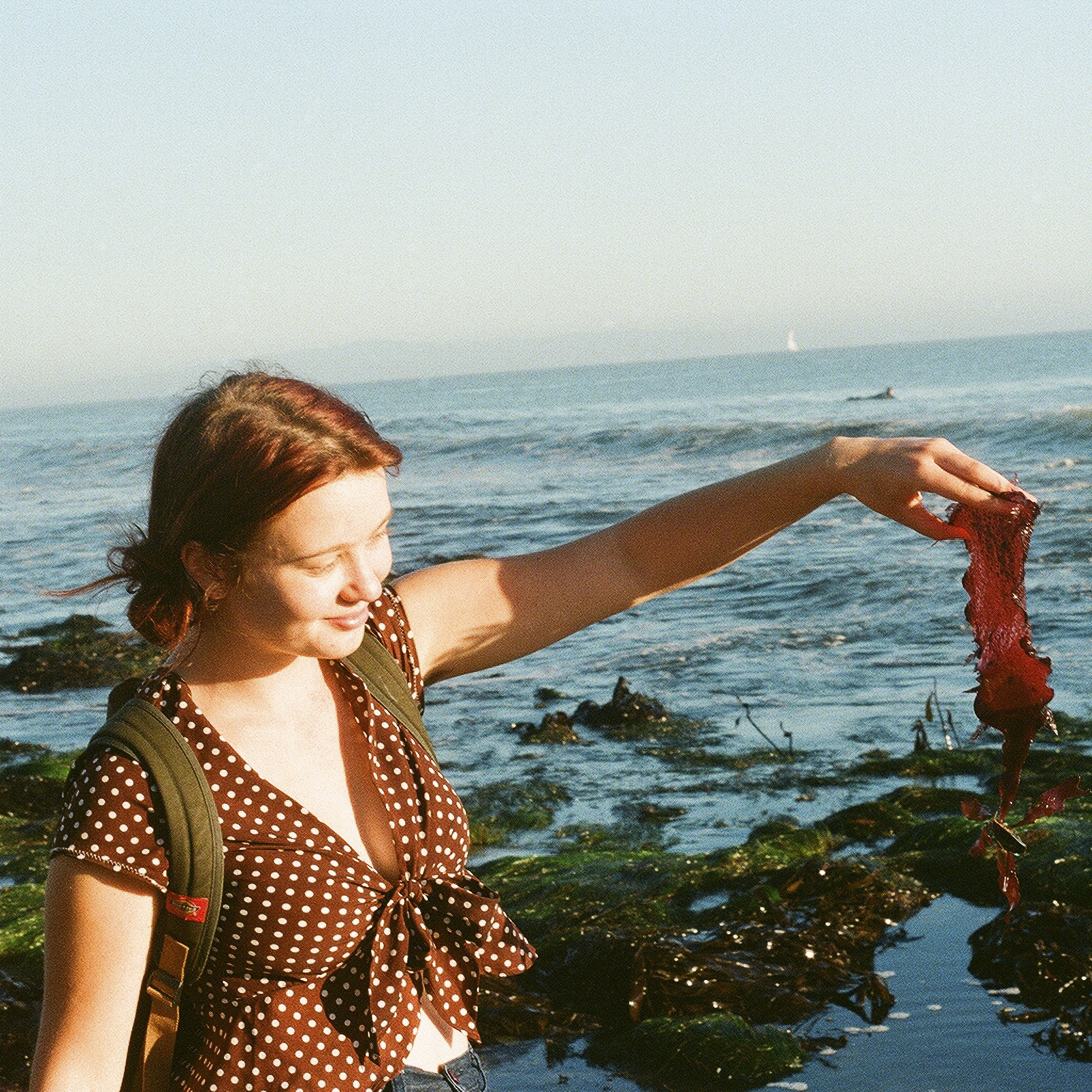 Anya Chytrowski uses digital media, illustration, sculptural, and a myriad of other mediums to explore environmental issues. In her practice, she experiments with found materials, both digital and corporeal. In removing these objects from their environments and repurposing them, she carries previous meanings and associations into the new work, redefining and reclaiming them as art, rather than simply trash or debris.

The proposed project will examine microalgae, specifically microscopic phytoplankton called diatoms. These unicellular organisms are responsible for much of the carbon fixation that occurs in the oceans, reducing the amount of CO2 in the air. The diversity and abundance of these microalgae have been directly affected by issues such as climate change and ocean acidification. The artist plans to create and print 3D models of various diatom forms to be used in a zoetrope.