The 2020-2021 cohort of Undergraduate Digital Research Fellows is made of six students drawn from a wide variety of UCSC programs. 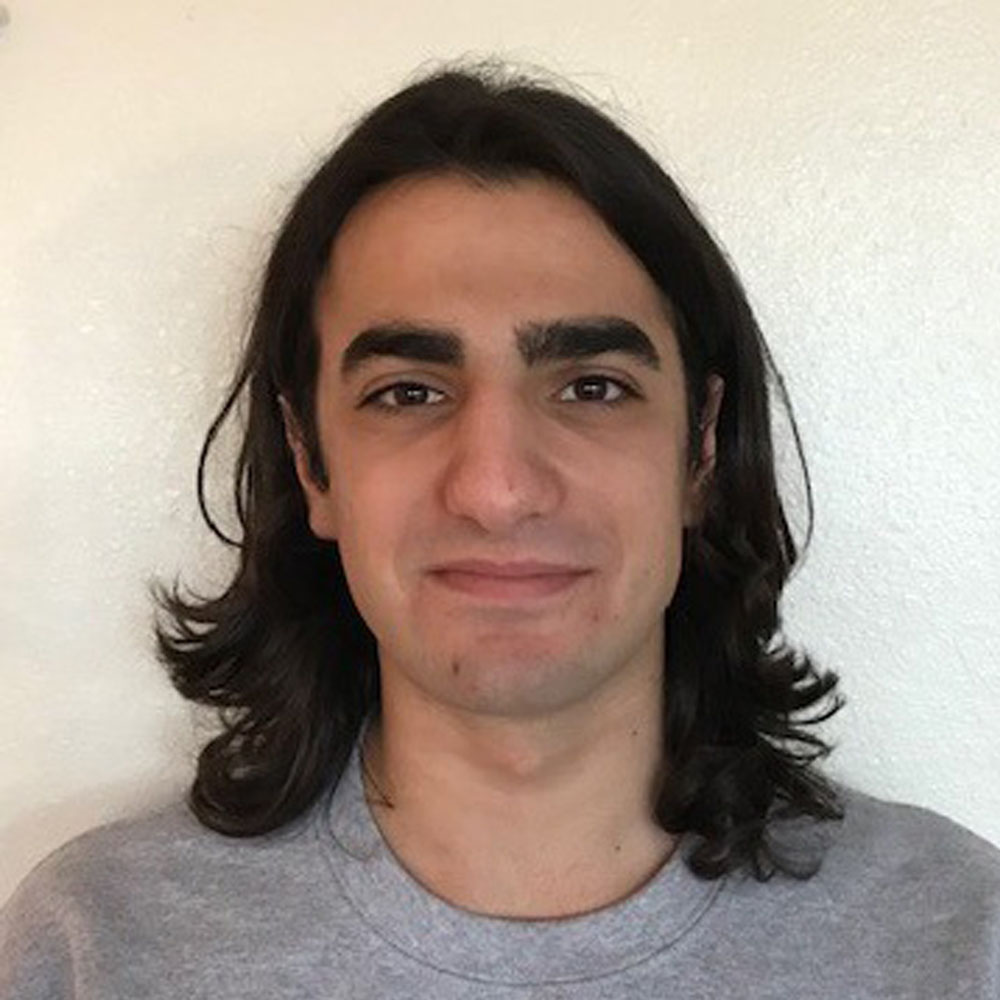 I am a fourth year film major at UCSC. I transferred from Moorpark community college in 2019. Interest in production design. My project centers around 1930s Hollywood and the surge of censorship brought on by the Production Code Administration which shifted the cultural ideas of men, women, and sexuality in America. The code explicitly states how characters should act on screen and what we should and should not be allowed to see. Many characters on screen during “Pre-Code” era could be read as queer or could be read as heterosexual. But after the Production Code enforcement there was no more room for an open reading of characters on screen. The blurred lines where a queer person could see themselves in the character was gone after the code, now all characters are considered heterosexual until proven homosexual. 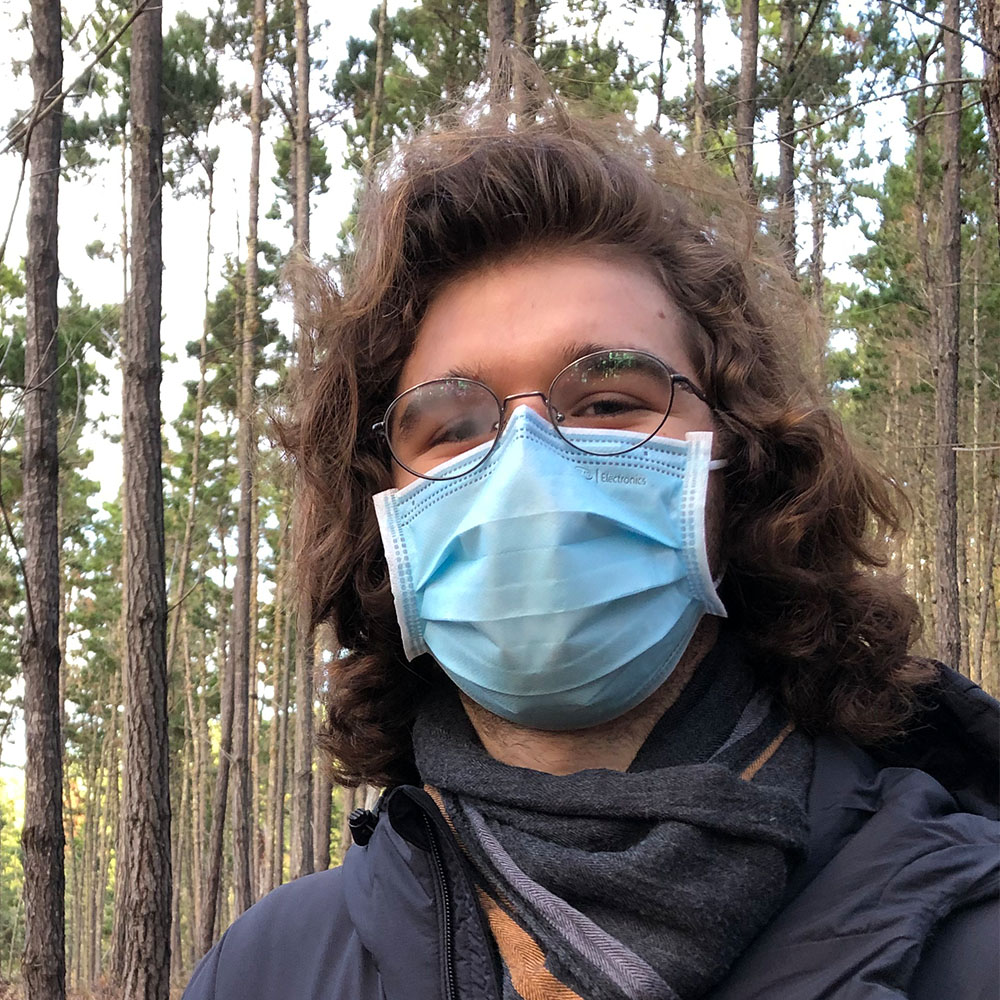 Hello, my name is Leighton, and I’m a super senior studying Classics and Literature! Due to COVID, I’m currently living on the other side of the Monterey Bay and missing hiking to class and late-night donuts from Ferrell’s. Luckily, Classics is an indoor hobby, so I’ve still been able to enjoy learning Middle Persian and translating Manichaean fragments. Otherwise, I’m looking forward to being able to visit my family and visit the aquarium once the world is safer. The goal of my project is to produce a digitization of the Behistun Monument for future students of Old Persian. Recounting a version of King Darius’s first regnal year, the Behistun Monument describes how King Darius (allegedly) slew a wily wizard who had usurped the throne and subdued empire wide rebellions with some divine help. The Behistun Monument is likewise the longest attestation of Old Persian. I hope that a digital version of the Behistun Monument will help students cultivate an interest in Achaemenid studies and study Old Persian. 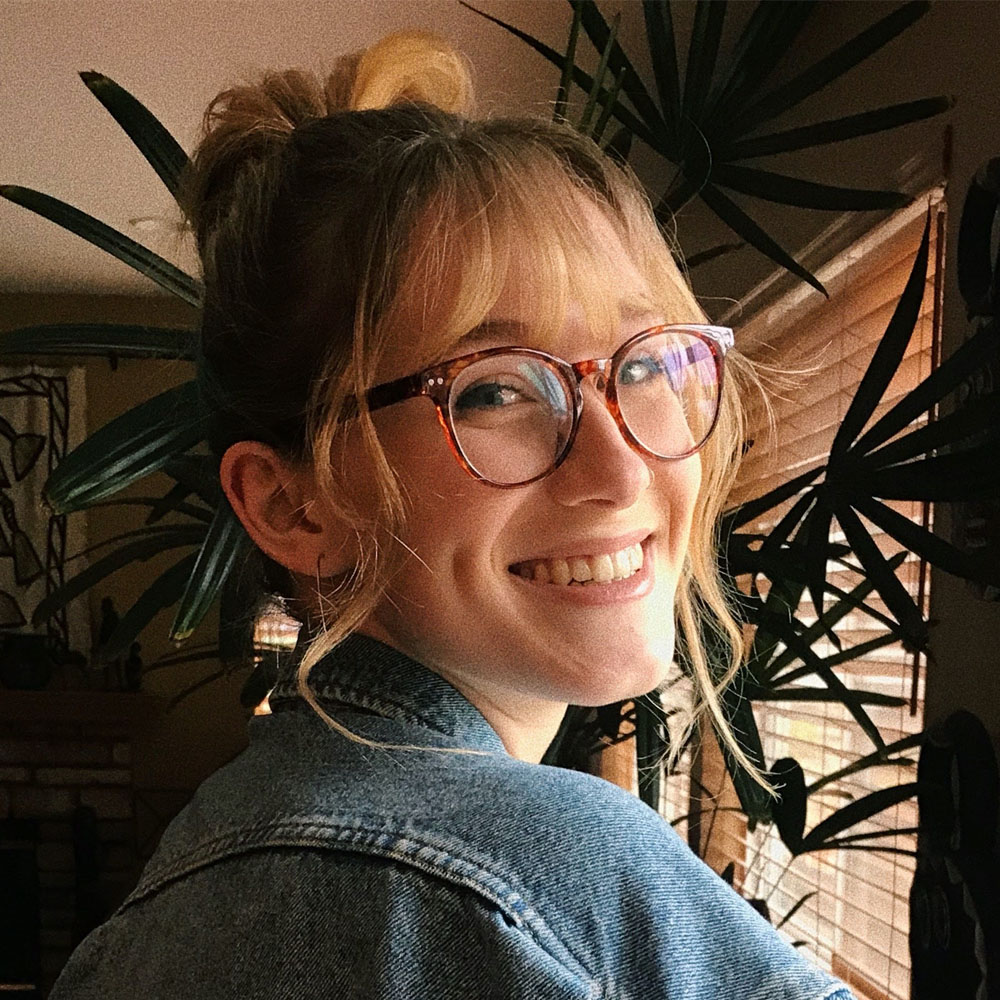 I'm a 4th year student at Cowell College, studying from home in San Diego. I have a double-major in History and Jewish Studies and I'm passionate about public history and Holocaust memory. My digital research project builds upon my senior thesis, which explores the intersection of Hollywood political activism and European Jewish exile during World War II. My project is a digital exhibit that will showcase visual content from films and stage productions from the time period, in order to further elucidate the relationship between Hollywood and the Holocaust during World War II. 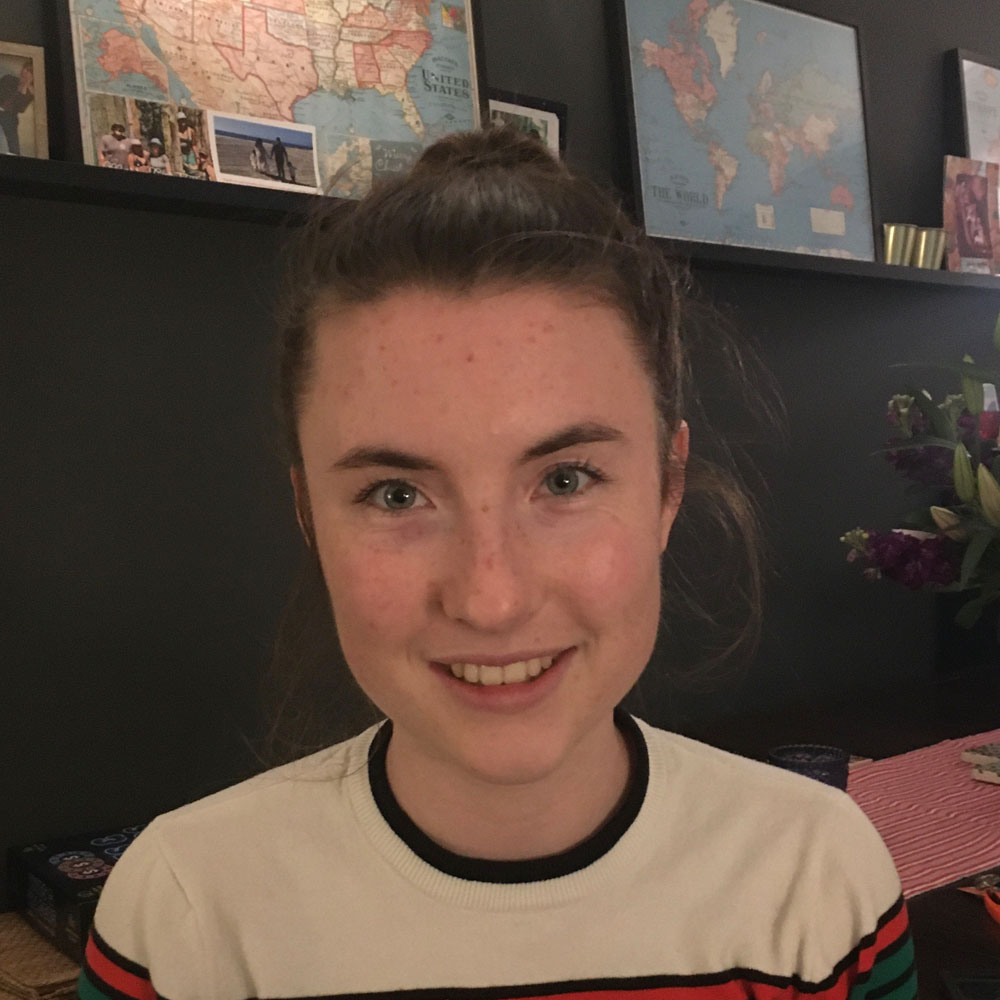 I am a Theater Major and am in my junior year. My main interests in the theater are in tech and design and I love learning to use new design software. I also have an affinity for environmental geography and am very interested in the crossover between the entertainment industry and environmental elements. The environmental impact of staging a theatrical production is one of great significance that is too often overlooked.The theater industry does much to promote new ideas and spark insightful conversations about societal and environmental issues through artistic expression and entertainment. With this in mind there are many ways to make theater more sustainable without limiting artistic license. However, these methods are not always implemented or used in an effective manner. The focus of my project is in determining what elements of the theater have the most significant impact on the environment through digital mapping and addressing potential environmentally sustainable solutions that theatrical designers can implement into their work to reduce this impact. 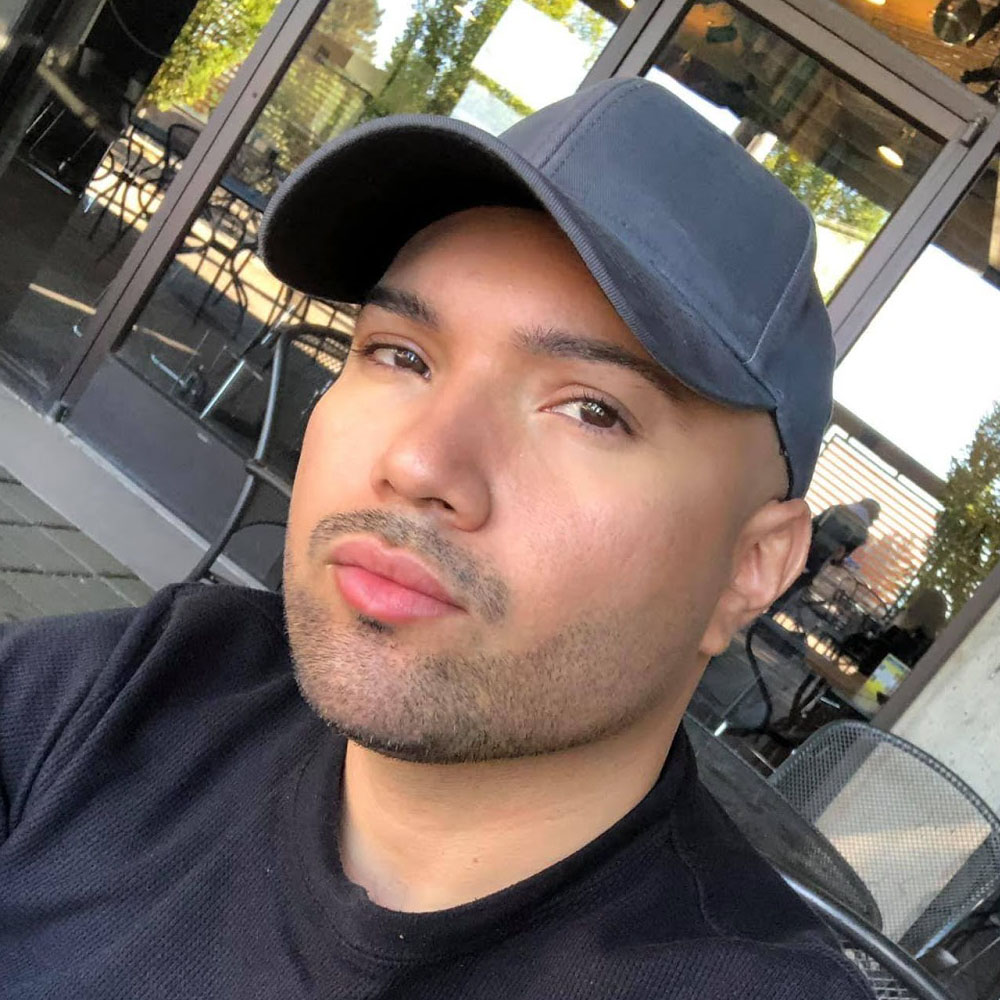 Saul Villegas is a student of Porter College, Senior Class of 2021. When asked, what is your style in your art practice? Saul replied, “I feel art is an ongoing study of different styles, cultures, and conception. I do not like to become labeled any specific type of artist; other than to be considered one. Life is too short to settle down in one specific style. The World is full of surprises, and everyone and everything you see makes an impression on you as an artist, therefore always making you morph. Showing my view in whatever style I wish to Interpret it gives me the freedom as an artist. Being able to connect and communicate with different mindsets is and always will be my ultimate goal as an artist.” Saul’s combined skill of the traditional application of art in painting and graphic design has been the vehicle in which Saul's creative versatility has demonstrated his intense imagery in his portfolio called MODERNO. He has utilized the label for his entire works to advocate his Latino roots through the visual arts and philanthropy. He has attended College of the Sequoias and received his Associate of Arts in Liberal Arts with an emphasis in Arts and Humanities. He is an undergraduate art student at the University of California, Santa Cruz, where his principal study is in Studio Art Practice. Saul’s research focuses on introducing the sciences and arts as a collective. His goal is to share his artistic knowledge, continue to higher education, and receive his Master’s degree in Art.

Altering color perception using digital media allows the viewer to experience what is being perceived in the physical world. Photographs and their ability to capture details of the environment creates an opportunity for people to remember data on a picture plane via a physical print or digital, conceptually representing a reality. Speculative Future Design enables the artist to create an alternative representation while analyzing the current status and people’s needs in their habitat, regardless of their geographic location. The series will be produced through photography and digital design and presented to the university library as a digital photo series. My technical tool of choice is Photography and editing software to enhance and manipulate photographs, giving them an exaggerated sense of perspective and place. The Alternative Present is a series designed to utilize the idea of (Speculative Futures) to depict an alternative to our current state of understanding of the world while offering a new view in the present time. The series depicts scenes through an ecocentric versus anthropocentric perspective. Eliminating traces of human conquest and praising nature in all its glory. 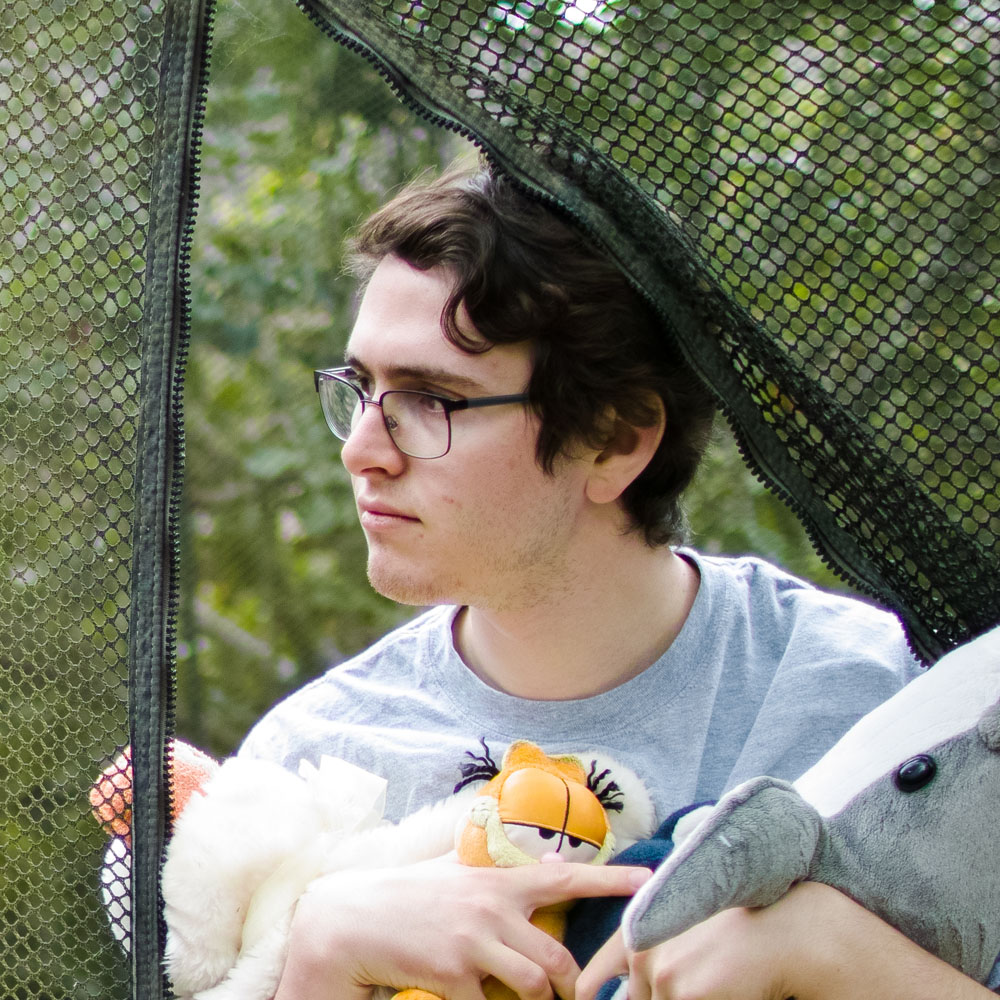 Will Bortin is a 3rd year Film & Digital Media and Philosophy double major at UCSC. He has a wide range of interests, but one of the fields which he finds most compelling is media theory, which is broadly categorized as the study of the ways in which information is transmitted. Outside of academia, Will is an avid photographer and helps run the Shutterslug Photography Club at UCSC, as well as being an avid video and card game player. Will's project, temporarily entitled The Dance of the Photo-Composite Collage, is planned to be a web-based interactive experience which will use various forms of media, primarily photo-composite collages, to examine in detail the relationship between an artist and the medium in which they work. The project will tackle everything from the fundamentals of media theory all the way to the social implications of that theory and the photo-composite collage as a specific art form.